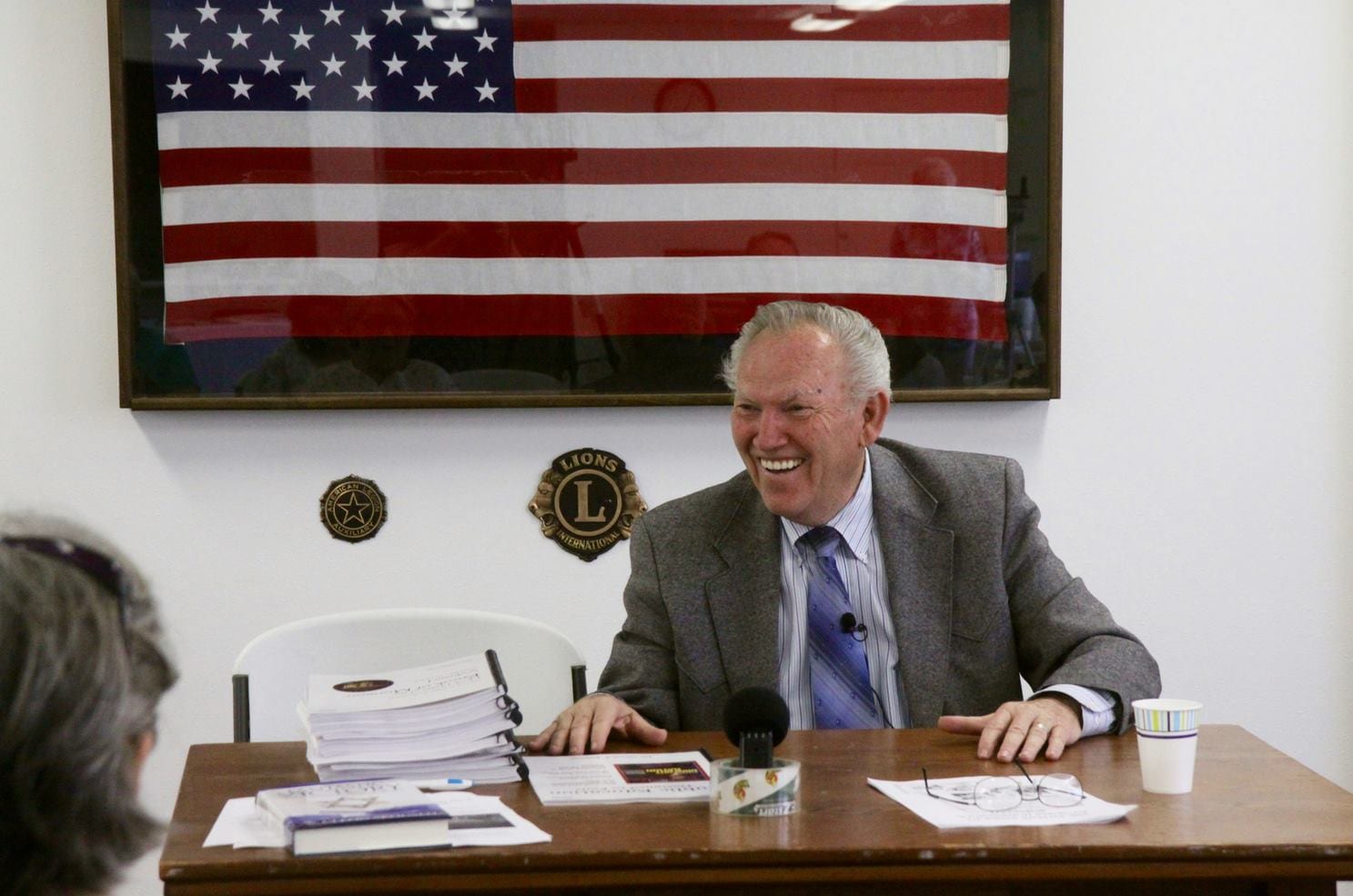 Glenn J. Kimber was born and raised in northern Utah.  After graduating from High School he attended Weber State College.  In 1965 he married Julianne Skousen and shortly thereafter joined the Air Force where he served for 4 years, including one tour of duty to Vietnam.

Continuing his education, he received two Doctorate degrees, one in Constitutional Studies in 1992 from Coral Ridge Baptist University, based in Florida.   Later, he received a second Doctorate in education from George Wythe College.

Dr. Kimber established a series of private schools called the Benjamin Franklin Academies to incorporate back into the classroom a strong moral and patriotic curriculum.  In 2001 he also established the Kimber Academies, a private school for students ages K – 12.  He and his wife have authored over 100 textbooks and educational guides which emphasize the U.S. Constitution, America’s Founding Fathers, and moral and religious values in all five core subjects.

Dr. Kimber was instrumental in developing a program for television called “The Miracle of America,” which was presented in a number of states.  This series taught American history and Constitutional principles from the viewpoint of the American Founding Fathers.

He has testified before a number of legislative committees in several states pertaining to Constitutional and educational issues.  He has also been a guest on a number of radio and television talk shows.

Dr. Kimber also conducts American History tours, and also tours to the Middle East, as well as Egypt, Jordan, and Israel. In 2016, Dr. Kimber was awarded United Nations Ambassador of Peace for the Middle East by Ambassador Sam Zakhem, a member of the Universal Peace Federation.

He is currently the president of five non-profits dedicated to perpetuating an education on the Constitution and American History from the perspective of the Founding Fathers. Dr. Kimber also works as president of the Thomas Jefferson Center for Constitutional Restoration.

He and his wife are the parents of 8 children, grandparents of 31, and currently reside in Cedar City, Utah.

Dr. Kimber can be contacted at [email protected].